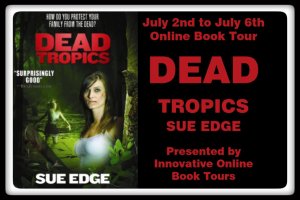 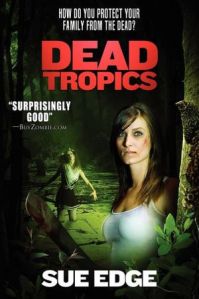 Blurb from Amazon:
IN THE MIDST OF A CATASTROPHE LIKE THE WORLD HAS NEVER SEEN, ONE WOMAN WILL STOP AT NOTHING TO PROTECT HER FAMILY.

Lori Nelson has always seen herself as an ordinary woman, doing the best she can to juggle family and her work as a nurse. But the most dangerous creature in nature is the mother whose offspring is threatened?

When miners release an ancient virus Lori is at ground zero of the deadly battle for survival. With the help of a laconic ex-soldier, can Lori find the strength to fight the spreading threat and save her family?

BEST ZOMBIE BOOK that I have read so far. It is fantastic and it kept me intrigued the entire length of the novel. In terms of zombie books with a high level of action, it is going to hard for other zombie books to surpass this book.

Lori is a great protagonist. She is fiercely independent and a willing fighter. She takes on the zombies in order to rescue children from the children’s ward in the hospital and in order to save her sister’s neighbors. Lori is really courageous but Edge allows the readers to know that Lori has a vulnerable side. Lori is afraid of what is going on around her but she has a need to try to help others that tends to over-ride her fear.

One of the great things about this novel is the inclusion of children as survivors. Most books and movies only have adult as survivors. Edge has included about five small children and two teenagers in the book. It shows a different perspective of what a zombie apocalypse would  be like if the adults had to worry about their children. It adds to the story because finding and protecting the children are added as obstacles that need to be overcome but also make the adults vulnerable and human. It is the children that bring down Lori’s survival character to realistic level. She is mother trying to protect her children and that is why she is willing to fight zombies.

The action is non-stop which might be the best feature of the novel. Lori is swimming with crocodiles to evade the zombies, crawling under cars, running over cars, and stealing cars. It is really exciting to read the action scenes because they have enough to details to create a movie in your head. The supporting cast also have their action scenes. The action never really stops and certain event will surprise the reader. I wasn’t expecting the final boat scene but it is one of the best one in the books. It’s not due to the action but the suspense surrounding it.

The only negative thing I could say is that I’m not entirely sure how the virus originated. Did the miners released something or did they not? I have to be honest, I really do not care because the book was highly entertaining that it made me forget to question the origin of the virus. In fact, I’m going to let it slide and not deduct a half butterfly (which is what I should do but won’t) because Lori’s journey is fascinating and heartbreaking at times.

Dead Tropics is a five butterfly. Non-stop action, a compelling heroine and children as survivors make it a fantastic book.

47th in the 150+ Reading Challenge
Also qualifies for: E-book, Zombies, Dystopia, Science Fiction, Men in Uniform, Where Are You Reading?-Australia