Review: By The Sword by Sara Flower 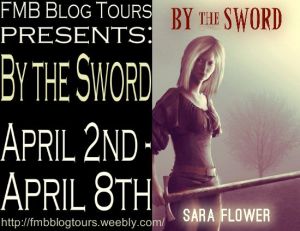 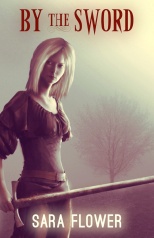 Blurb from Amazon:
Seventeen-year-old Talya’s main goal is to bring down the Malinorian Empire. And Jalarn, the empire’s prodigy general, is at the top of her list of enemies to kill. Not only has Jalarn murdered Talya’s king, he’s almost killed her. Twice. But things don’t go as Talya planned when a visiting prophet sends her on a mission to the highly feared Hunter Forest. It is there that she must gain the allegiance of the forest’s inhabitants before Jalarn and his men do. Then, memories of a haunting vision resurface when Talya comes face to face with Jalarn. She makes a rash decision that sends her down a path she never imagined she would follow.

Let me start by saying that this is a Christian fiction novel…and I didn’t know that when I chose to review this novel. I broke my own cardinal rules. That being said, the novel is not bad, it’ s just not my cup of tea. If religious novels are your thing, you might like it more than I did.

Since it is a Christian novel, there is a major emphasis on God, praying, and saving grace verses magic, witchcraft, demons, and the Devil. It is the Sanctus with God on their side versus the Malinorian with the Dark Lord or The Prince on their side. They are meant to be contrasted against each other with the Malinorian not just religiously but socially as well. The Malinoran in keeping women down, viewing them secondary to sons and a woman’s only worth is through marriage. The Sanctus, on the other hand, allowed women to be in the army and have a Queen so they seem a better society because they are not backwards in social structures.

Talya, the female soldier of Sanctus, is describe as having a “bloodlust” which is true so God gives her a mission to accomplish in order to quell it. The mission is essentially her salvation and a way to redeem herself from the actions she has committed. Like all good people who find grace through God, it is her ability to forgive and love that God wants her to find. Talya does change on this journey which is an interesting process. It is not about Talya having faith in herself but rather trusting in God that her actions are correct. Trust acts like a brick that must be reinforced throughout the novel (a little annoying but that is why it is a brick. No one likes to be bash in the head with a brick). It’s a different type of self-discovery that what I’m used to but still well written.

It is a story about redemption and finding your way back to God and following the will of God. My one issue with this novel is the fact that Talya (spoiler alert) no longer feels like she can take another person’s life when it comes to war. I take issue with that because in war, soldiers killing other soldiers is different than out right murder. Both men on the side of God or The Prince believe that they are fighting for the right side and each believe that the other side is wrong. They are fighting for their kingdom and there is nothing wrong with defending your kingdom. If people have to be killed, then they have to killed. I know it sounds cold but soldiers are not murderers unless they killed without orders. Perhaps I am wrong but it is just how I see it.

Overall, since it was the first Christian novel that I actually finished, I can say it was enjoyable to read. The battles were bloody and the self-discovery journey was necessary.

This tour was put together by Full Moon Bites Blog Tour’s. I received no monetary compensation for my review.

Posted on April 5, 2012, in Book Reviews and tagged By the Sword, Christian Fantasy, Sara Flower, YA. Bookmark the permalink. 2 Comments.